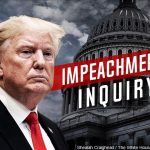 WASHINGTON (NBC News report)— Senate Minority Leader Mitch McConnell will vote to acquit former President Donald Trump in his second impeachment trial, according to an email the Kentucky Republican sent to his GOP colleagues and obtained by NBC News. “While a close call, I am persuaded that impeachments are a tool primarily of removal and we therefore lack jurisdiction,” McConnell wrote. McConnell had been tight-lipped throughout the process about how he would vote and, as the most influential Republican on Capitol Hill, his announcement that he will vote to acquit Trump for incitement of insurrection is a strong sign for how other members of the party will vote. Politico was first to report the news. McConnell said in his email that criminal prosecution of the former president remains an option.