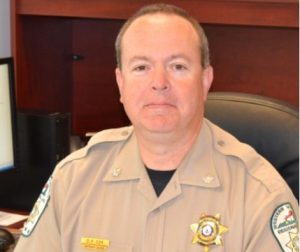 Cox currently serves as Lieutenant Colonel and Interim Superintendent of the WVRJ.  “It is a great honor and privilege to be selected as WVRJ’s Superintendent,” said Cox.  During his tenure, Cox has served as Deputy Superintendent and overseen day-to-day operations of the WVRJ, as well as a workforce of approximately 200 people. Prior to joining the WVRJ, Cox served as a Police Officer for the City of Salem. He was also employed at the Roanoke City Sheriff’s Office where he directed operations within the security and services divisions of the Roanoke City Jail.