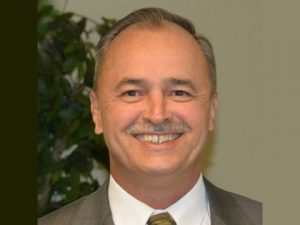 The airport manager at Dulles International Airport in Northern Virginia will become the new executive director of much-smaller Roanoke-Blacksburg Regional Airport. Mike Stewart is a 38-year industry veteran, and he will succeed Tim Bradshaw, who resigned in January. Stewart was once the Roanoke station manager for Piedmont Airlines. He is scheduled to start on October 4th.

NEWS RELEASE: ROANOKE, Va. (August 2, 2021) – The Roanoke Regional Airport Commission has selected Mike Stewart to be the next executive director for the Roanoke-Blacksburg Regional Airport (ROA). Stewart, who is currently vice president and airport manager for Dulles International Airport (IAD), was selected through a national search process that began in January. He begins October 4, 2021.

“Mike is a leader who creates leaders and his desire for a hands-on position coupled with being a part of growth and emergence for our region made him an ideal fit for Roanoke-Blacksburg Regional Airport’s next chapter,” said Dale Guidry, chairperson for the Roanoke Regional Airport Commission.

Commissioner and search committee chair Cynthia Lawrence added, “Our part of Virginia is going through an exciting period of economic transformation. Mike’s experience and well-known leadership across the Commonwealth demonstrated to the Commission that he has the desired combination of knowledge and determination to open doors for growth, with the community’s help.”

Over the past 14 years, Stewart has progressed through several leadership roles with Metropolitan Washington Airports Authority in administration and airline development. In 2015, he was instrumental in positioning IAD to be on the receiving end of a $50 million grant to secure legacy carriers, leading to the return of Air China’s nonstop service that is expected to begin this fall. As manager of Dulles International, Stewart directed the airport’s response during operational challenges, including weather impacts, the diversion of 40 international flights when snow closed New York’s JFK Airport in 2018, the public health challenges of Ebola and COVID-19, international travel restrictions, and the expansion and upgrades of airport facilities, including construction of the Metrorail Silver Line facilities on the Dulles campus.

Stewart is returning to Roanoke after 23 years outside of the market. His early career included five years as a station manager and supervisor for Piedmont Airlines.

“It feels like I am coming home,” said Stewart. “My family and I have always loved this area which holds special significance as the birthplace of two of our four children. I am looking forward to working with the Roanoke-Blacksburg community to build the strong partnerships and support we need to attract new air service and maximize the economic impact of the airport on the region. Future growth requires collaboration as we strengthen our position as the airport of choice for Southwest Virginia and demonstrate the advantages of flying ROA not only to airlines but to the community at large.”

Stewart joins the Roanoke-Blacksburg Regional Airport at a time when the role of transportation as an economic equalizer for the Southwest and Southside regions of Virginia is growing, with Roanoke centrally located to create new opportunities.

“Transportation is a key asset connecting our region to growth opportunities and new business. This includes serving as a conduit to solve critical rural access limitations that must be addressed in order to overcome the economic disparities that hold us back,” added Delegate Terry Austin (R-Botetourt). “With new leadership from Mike, the Roanoke-Blacksburg Regional Airport is in a position to help lead the conversations to put forth a long-term, innovative transportation strategy to carry the region forward.”

Stewart was one of three final candidates (from an initial pool of 33) interviewed by the Airport Commission and a panel of community leaders. He joins ROA in time to resume and carry forward major operational priorities including completion of the 20-year Master Plan.