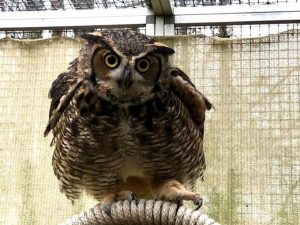 Some neighbors of the Southwest Virginia Wildlife Center of Roanoke have filed a new legal challenge against the center and against Roanoke County, which in 2018 granted a special use permit  to build a new structure to serve as a rehabilitation center for large birds of prey. The center says the lawsuits continue to financially drain it as it works to build a much-needed  local raptor treatment facility.

In response, Stan Seymour points to IRS filings by the Wildlife Center that show a year-end 2019 cash balance of more than $280,000, compared to about $8,700 in 2016. Seymour says he has become the best fund-raising tool the center has ever had as he and his neighbors pursue their property rights. Center officials say $55,000 of that is a grant from Wells Fargo to build the new facility, and they have improved upon their fund-raising platforms in recent years.

The court ruling earlier this month upheld earlier decisions that the neighbors do not have legal standing to challenge the special use permit. WFIR’s Evan Jones has more: