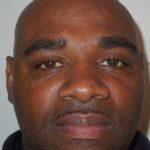 Peacemakers founder Shawn Hunter says he will file a complaint against the Bedford police department and its handling of an alleged stalking case – after Hunter had a complaint filed against HIM by a woman who claims he stalked her in a WalMart parking lot. Hunter told WFIR last week he is innocent of the charge and says he has a video proving that. He plans to release it this week when he will also hold a press conference. Hunter was previously acquitted of charges related to an intimate photo sent to a Roanoke Time reporter, he said in error.