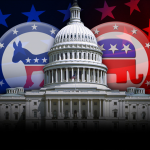 9th District Republican Congressman Morgan Griffith, who all long with all other GOP members on his side of the aisle in the House, has condemned the Inflation Reduction Act, which will now go to President Joe Biden for his signature after it was passed yesterday. The Senate approved the sweeping bill on a party line vote last weekend: “Under the misleading and inaccurate title of the ‘Inflation Reduction Act,’ Democrats put together a wrongheaded wish list that will raise taxes, unleash the IRS, implement the Green New Deal, and impose cure-killing price controls in medicine.

“This bill will not help Americans struggling with high prices. By raising taxes, subsidizing unreliable energy sources, and penalizing affordable fossil fuels, it will make the cost-of-living crisis worse. And thanks to the $80 billion this bill sends to the IRS to hire 87,000 new agents, more middle-income earners can expect a time-consuming and expensive audit. “These are the priorities of the current majorities in the House and Senate and the Biden Administration. Americans will take note as they survey the consequences of this outrageous bill.”

Meanwhile 6th District Republican Congressman Ben Cline released this statement: “Today, House Democrats approved a $740 billion spending bill at a time of 40-year high inflation, an ongoing recession, and over $30 trillion in national debt. The bill includes $16.7 billion in increased taxes for those making less than $200,000 a year; $38 billion in new taxes on American oil and gas producers; $480 billion in tax hikes that will hit workers through increased prices and slashed wages; and $369 billion — half of the spending — in government handouts to socialist ‘Green New Deal’ priorities, making us more dependent on China for minerals. Further, the package provides $80 billion to double the size of the IRS, adding an army of 87,000 new enforcement agents to spy into Americans’ private financial accounts and harass taxpayers and small businesses. This will make the IRS workforce larger than the Pentagon, FBI, State Department, and Customs and Border Patrol, combined.

Hard-working Americans in Virginia and across the Nation are desperate for relief from Democrats’ mismanagement of our economy. Unfortunately, this bill’s passage is a loss for all those whose paychecks and savings are being eaten up by 40-year high inflation. I will keep fighting every day against Speaker Pelosi and the Democrats’ reckless tax-and-spend agenda that is destroying the American dream.”

Democratic National Committee chair Jamie Harrison sees it differently: “without a single Republican vote, Democrats in Congress took on special interests and won. They took decisive action to lower the cost of prescription drugs, lower energy costs, and lower health care costs. They voted to reduce the deficit to help fight inflation. Democrats also took aggressive action to fight the climate crisis that will create jobs and increase our energy security. Finally, they made sure large corporations and billionaire tax cheats would pay their fair share in taxes, without middle-class families paying a penny more in taxes.”