CUMBERLAND, Va. (AP) — The Humane Society of the United States says it has removed the last group of beagles from a troubled breeding facility in Virginia that had planned to sell the dogs to animal testing labs.

The organization said it took away the remaining 312 dogs at the facility in Cumberland on Thursday. Nearly 4,000 beagles were removed all together. They’re being transported to shelters and other rescue sites across the country, which are finding homes for the canines.

“Many people don’t realize that an average of 60,000 dogs just like these are still used in laboratories each year,” Humane Society President and CEO Kitty Block said in a statement. “Even as we celebrate these lucky dogs going to loving homes, we’re focused on creating a future where no dogs will face that kind of fate.”

Block said those dogs were spared because that particular breeding facility was cited for Animal Welfare Act violations. Earlier this year, federal officials initiated a civil enforcement case against Envigo RMS, which owns and operates the facility. Hundreds of dogs were found to be in “acute distress.”

People for the Ethical Treatment of Animals, the Norfolk-based animal rights group, had investigated the facility and said dogs were living in crowded and stressful conditions.

PETA said in a statement earlier this year that federal veterinarians found dogs that had been denied treatment for “severe dental disease” as well as dogs with wounds and yellow discharge around the eyes. Dogs were also denied food for days while nursing puppies, among other violations, PETA said.

In early July, a federal judge approved a plan to remove the beagles and put them up for adoption. 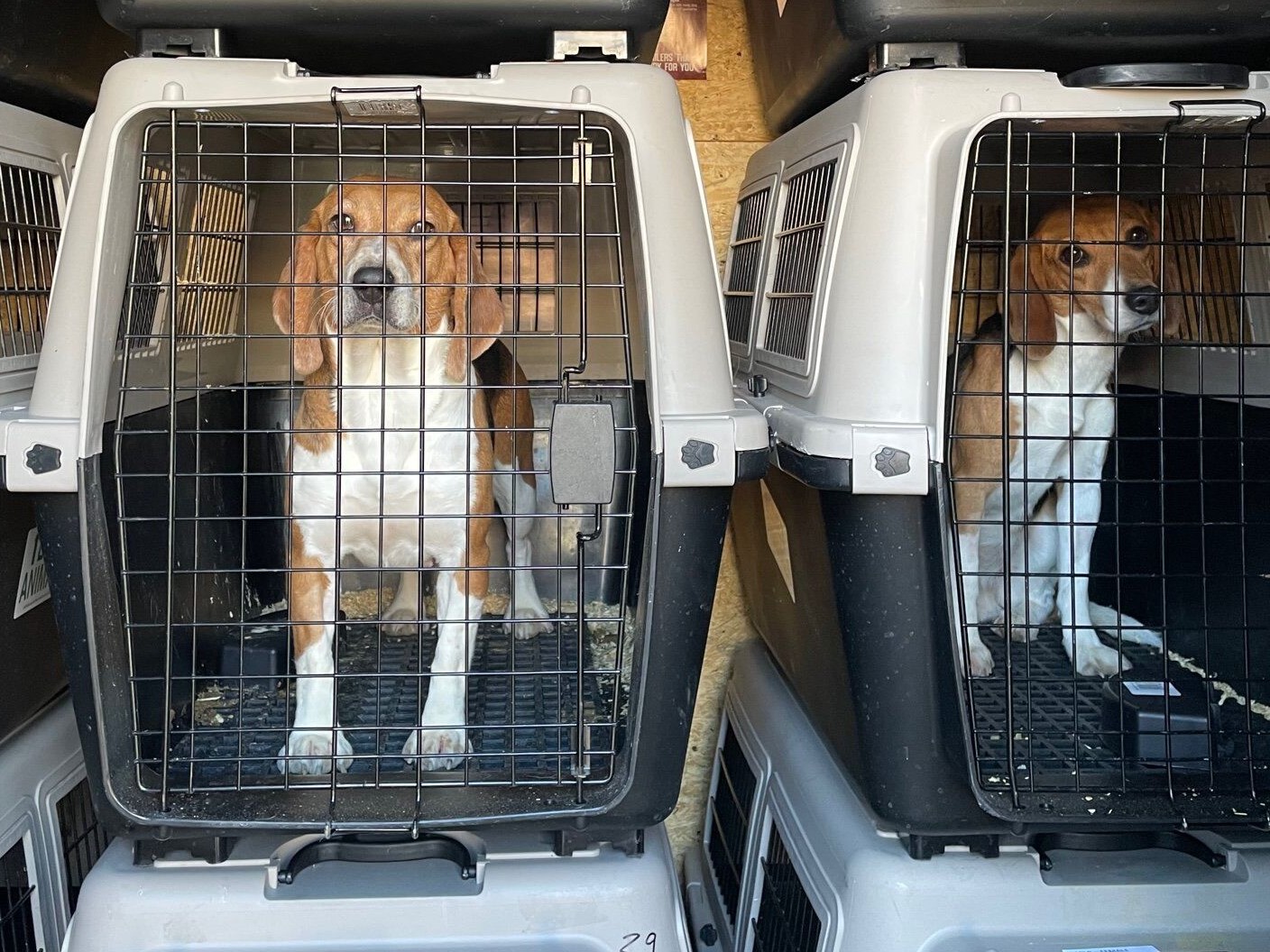