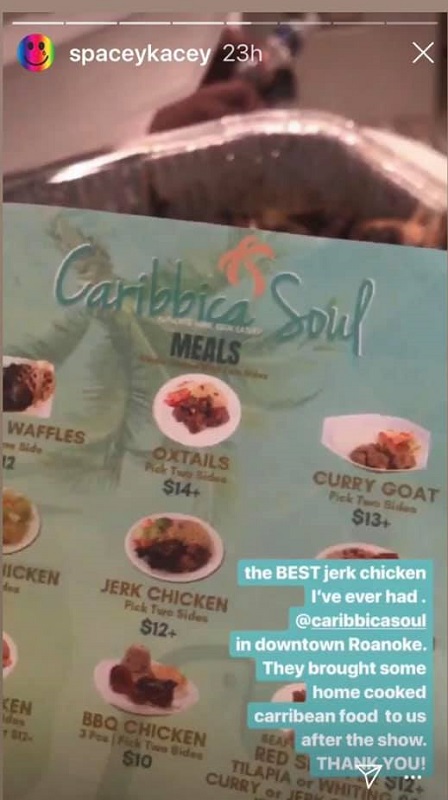 A Floyd Fest headliner really liked a downtown Roanoke restaurant. Kacey Musgraves placed a video on her Instagram story with the menu for Caribica Soul at the Roanoke City Market Building and the caption “the BEST jerk chicken I’ve ever had” tagging the restaurant’s account. Musgraves went on to say that the restaurant brought some of their Caribbean food to her and the band after their Floyd Fest show. The owners of Caribbica Soul say after that they were invited to do some catering at the Musgraves tour wrap party in Nashville.