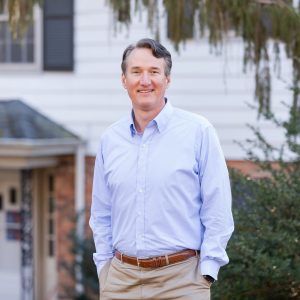 Earlier this week we spoke with  Republican nominee for Attorney General Jason Miyares, and this morning  we spoke  live via phone with the man who will be at the top of the Republican statewide ticket this fall, GOP Governor Nominee Glenn Youngkin about the issues he will run on.