UPDATE: One arrested after child left inside car on hot day 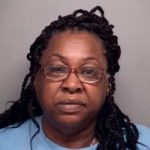 NEWS RELEASE: Francis Cabiness Kissee, 62, 316 Inge Dr., Martinsville, Va. was charged with one count of Contributing to the Delinquency of a Minor (misdemeanor).  Kissee was arrested on September 16, 2019, and was released on a $1,500 unsecured bond.

Anyone having information regarding this crime is asked to contact the Henry County Sheriff’s Office at 276-638-8751 or Crimestoppers at 63-CRIME (632-7463).  The Crimestoppers Program offers rewards up to $2500.00 for information related to crime.  The nature of the crime and the substance of the information determine the amount of reward paid.

PREVIOUS FROM HENRY COUNTY SHERIFF’S OFFICE: On 09/16/2019, at 11:33 am, a 9-1-1 call was received in reference to an infant in a car parked at Wal-Mart located at 976 Commonwealth Blvd.  The call was dispatched at 11:34 am and Deputies arrived on scene at 11:37 am.  Upon arrival, a citizen had already broken the window out and removed the infant from the vehicle.  The infant was taken inside the store, EMS responded and checked the child.  The child did not suffer any injuries.

Deputies obtained surveillance video from the store security cameras.  After reviewing the video, it was determined the child was left in the motor vehicle with the engine off for less than 10 minutes.  This incident remains under investigation.