UPDATE: Southbound lanes of US 220 at Towers reopened following incident 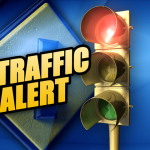 UPDATE:The Roanoke Police Department say the “incident” yesterday at the Wiley Drive overpass over the Roanoke River has been resolved and all lanes have been reopened.

PREVIOUSLY: Roanoke City Police say an “incident” has led to the closing of southbound US 220 between Elm Avenue and Colonial Avenue. Police do not provide details of the incident, but they say it is at the Franklin Road/Colonial Avenue exits near Towers shopping center. Southbound traffic is being diverted off the highway at Elm Avenue.