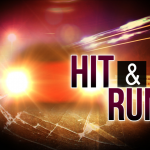 (update from Roanoke PD) UPDATE: Roanoke Police have arrested James Brooks, 41 of Salem, regarding this incident. He is charged with DUI Manslaughter. No further updates are available at this time.

A hit and run accident around 9:30 last night near Orange Avenue and Plantation Road NE led to another crash on Orange Avenue at Gainsboro Road.  Roanoke Police found three vehicles with significant damage at the second location – and adult female with serious injuries in one of the vehicles. She was later pronounced dead at the hospital. The hit and run suspect suffered non life threatening injuries and charges are pending upon his release from the hospital. No names released yet.

(previous Roanoke PD release) On January 14, 2021 at approximately 9:30 p.m., Roanoke Police were notified of a hit and run that had occurred near the area of Orange Avenue and Plantation Road NE. Responding officers located one damaged vehicle and its occupants, both of whom denied medical transport. The victims told officers that a vehicle struck theirs, then fled the scene heading West on Orange Avenue NE. While officers were on the scene of that crash, they were notified of another motor vehicle crash at the intersection of Orange Avenue and Gainsboro Road NW that was possibly connected to the hit and run. Officers who responded to the crash at the intersection of Orange Avenue and Gainsboro Road NW located three vehicles with significant damage. One of the vehicles involved in this crash matched the description of the suspect vehicle from the hit and run. An adult female with serious injuries was located in one of the vehicles.