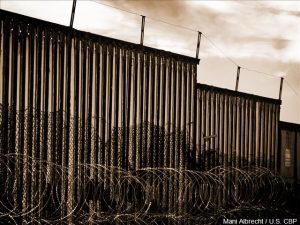 Republican Congressman Morgan Griffith says his Democratic party colleagues are intent upon undermining President Trump’s efforts to secure the southern border and reduce illegal immigration. It comes after the House approved legislation today that would terminate the national border emergency the president declared in February. As happened in March, a presidential veto is expected.

GRIFFITH STATEMENT: “The Trump Administration is using its lawful powers to try to secure our borders and reduce illegal immigration, but Speaker Pelosi and House Democrats are intent on undermining his efforts. Instead of working with Republicans on legislation to help American families, they chose to use the House’s time to vote yet again on a resolution ending the national emergency President Trump declared in response to the crisis on the southern border. This resolution is wrong.”