Green Pastures Recreation Area will reopen in nearby national forests 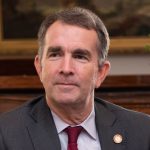 CLIFTON FORGE—Governor Ralph Northam today announced the reopening of Green Pastures Recreation Area in the George Washington and Jefferson National Forests. The Commonwealth of Virginia will work with the United States Department of Agriculture Forest Service to restore and manage Green Pastures as a satellite of nearby Douthat State Park.

This area was one of the few federal outdoor recreational areas throughout the country that was set aside exclusively for African Americans during the segregation era in the 20th century.

The Governor and federal officials signed an historic Shared Stewardship agreement between the Commonwealth of Virginia and the United States Department of Agriculture to coordinate a response to the increasing ecological challenges and natural resource concerns throughout Virginia. The memorandum of understanding establishes a framework for state and federal agencies to improve collaboration as they strive toward their mutual goals of reducing wildfire risk and taking action against threats to forest and ecosystem health.

“Segregation affected every aspect of life for Black Virginians, including when and where they could access recreation spaces,” said Governor Northam. “People would come from all over to Green Pastures for cookouts, church outings, and celebrations with friends and family. Through this federal partnership, we will protect the land of this historical site and share the Green Pastures legacy with a broader audience.”

The Civilian Conservation Corps began building Green Pastures in the Alleghany Highlands in 1938. From 1940 to 1950, the United States Department of Agriculture Forest Service operated the area as a segregated site for African Americans. Virginia and West Virginia opened segregated state parks in 1950. In 1963, the Forest Service changed the park’s name to Longdale Recreation Area. Under the new Historic Property Lease between the Forest Service and the Virginia Department of Conservation and Recreation, Green Pastures will now be known by its historic name.