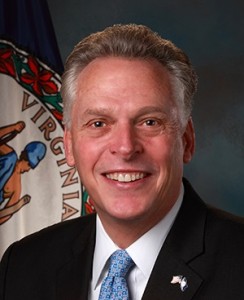 RICHMOND, Va. (AP) _ Virginia Gov. Terry McAuliffe has been released from the hospital after receiving treatment for injuries he suffered on an African safari. McAuliffe’s office announced Thursday morning that the governor had been released from Virginia Commonwealth University Medical Center in Richmond and has resumed a schedule of meetings and private events. Several weeks ago McAuliffe was thrown from a horse during a family vacation in Tanzania and broke seven ribs. He entered VCU Medical Center on Monday after suffering shortness of breath. While hospitalized the governor underwent a two-hour surgical procedure in which doctors drained 11/2 liters of blood from his right lung, which was punctured in the accident.