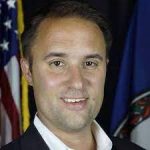 Several polls released over the past few days by Roanoke College and the Wason Center show the Republican ticket for Governor, Lt. Governor and Attorney General trailing their Democratic rivals anywhere from 8 to 12 percent. But the GOP candidate for Attorney General, Jason Miyares, said live on WFIR this morning he doesn’t put much stock in that. Miyares cited another poll he says shows him with a 1-point lead over the incumbent Attorney General, Democrat Mark Herring. Miyares and GOP Gubernatorial candidate Glenn Youngkin are campaigning this afternoon in Salem.

Hear the complete conversation with Jason Miyares below: