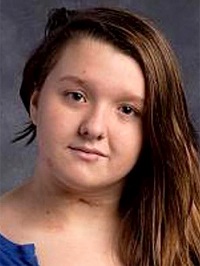 BLACKSBURG, Va. (AP) _ A friend of the 13-year-old Virginia girl who was killed after climbing out of her bedroom window says the seventh-grader talked of running away and starting a family with the man now charged in her slaying. Natasha Bryant told The Washington Post that Nicole Lovell said 18-year-old Virginia Tech student David Eisenhauer was her boyfriend. She says Nicole described Eisenhauer as “funny and really nice” shortly before her Jan. 27 disappearance in Blacksburg. Eisenhauer is charged with abduction and first-degree murder. Another Virginia Tech student, 19-year-old Natalie Keepers, is charged with accessory before and after the fact and with illegally dumping Nicole’s body just across the state line in North Carolina.