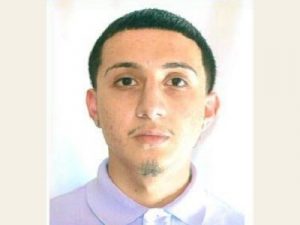 Federal prosecutors say a Danville man has been arrested after two years at large for embezzling more than $600,000 from a bank where he served as head teller. In 2018, Danville Police stated in a search warrant affidavit that 30-year-old Jose Navarro replaced the money with counterfeit movie prop bills. Officials say Navarro was found March 31 after police in Durham, North Carolina encountered him covered in blood and fleeing the scene of reported gunfire. A search of his apartment led to his arrest.

Navarro, 30, of Danville, was charged in a sealed indictment in October 2019 with one count of embezzlement and one count of passing counterfeit U.S. currency to URW Credit Union. The indictment was unsealed last week following Navarro’s arrest in North Carolina.

According to court documents, Navarro was the head teller at a branch of URW Community Credit Union. Between July 2017 and September 2018 Navarro allegedly embezzled $617,000 from the credit union, replacing the money he stole with counterfeit bills.

Following the illegal activity alleged in the indictment, Navarro fled and remained a fugitive until his arrest on March 31, 2021 in North Carolina. According to court documents filed in the Middle District of North Carolina, on March 31, 2021, Durham, N.C. police responded to a report of gunshots. When officers arrived, they encountered Navarro, who was using a fake name. Navarro was covered in blood and fleeing the scene of the reported gunfire. Police searched an apartment being used by Navarro and discovered cocaine and several firearms. They also found multiple forms of false identification, leading to Navarro’s arrest.

The investigation of the case was conducted by the Secret Service and Danville Police Department. Assistant United States Attorney Rachel Swartz is prosecuting the case for the United States.