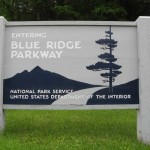 (VA) – On Sunday, May 23, 2021, at approximately, 3:00 a.m. National Park Service dispatchers received a report of a person in distress near Milepost 63 on the Blue Ridge Parkway. Law Enforcement Rangers, along with Amherst County rescue personnel, responded to the area to find a single occupant of a vehicle parked off the road shoulder. The driver of the vehicle, Kevin Cox, age 55, of Lynchburg, Virginia, was pronounced dead at the scene. Preliminary investigations indicate that Cox suffered a medical emergency.

Later that same day at approximately 1:30 p.m., rangers responded to reports of a single motorcycle accident near Milepost 162. The operator of the motorcycle, Matthew Gauck, age 22, of Pilot, Virginia, was pronounced dead at the scene. Preliminary investigations indicate that Gauck was traveling at a high rate of speed which is believed to be a primary cause for the crash. No additional details for either incident are available at this time.