Education group calls for Youngkin order on CRT to be rescinded 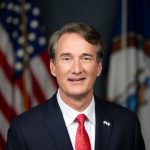 The Virginia Association of Colleges and Teacher Educators has issued an open letter to Republican Governor Glenn Youngkin, saying students, teachers and principals “have been caught in the middle of a culture war.” The coalition of groups has called on Youngkin to shut down the “tip line,” where people can report on school curriculum they consider “divisive.” They also want the Governor to rescind Executive Order Number One, which bans the teaching of critical race theory and other “inherently divisive concepts,” saying an educator’s job is to teach students HOW to think, not WHAT to think.