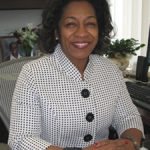 Some controversy at today’s Roanoke City Council meeting when ordinances and resolutions for the next fiscal year budget were approved. Council member Stephanie Moon-Reynolds wanted a provision granting Mayor Sherman Lea a $2500 travel allowance removed from the pay plan ordinance for more discussion. She walked out of the meeting at one point. Moon-Reynolds returned a few minutes later to cast the only Council “no” vote against the pay plan. Other Council members and the City Attorney said the travel allowance issue had been discussed previously.