Dog starts fire while homeowners are away 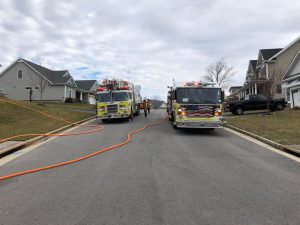 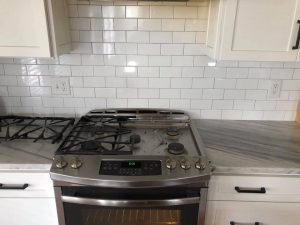 Roanoke County fire officials credit a high-tech home smoke alarm with quickly alerting owners to a fire while they were away, a fire started this morning by their dog. Firefighters were called to Sullivan Lane in the Read Mountain area and found light smoke – nothing more. Officials say the dog jumped up and turned on the gas stove which then ignited a butcher block knife holder.

From Roanoke County Fire & Rescue Facebook: Several of our units responded this morning at about 10:15 a.m. to Sullivan Lane in the Read Mountain area of the county for the report of a residential structure fire. The caller stated that they had Google Nest smoke alarms and they were getting notified on their phone that there was smoke in the house. Their dog was home alone. First arriving units did find light smoke inside and an audible alarm. After investigation, it was determined that the dog jumped up and turned on the gas stove which ignited a butcher block knife holder. Because of the quick notification, the dog was safe and there was very minimal damage to the house! The home owners will not be displaced. Working smoke alarms save lives. Smart technology enhances that protection. We are glad everyone is safe after what could have been a much different situation.