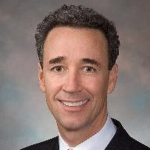 RICHMOND, Va. (AP) – A former Virginia lawmaker who used to spend his days at the General Assembly and his nights in jail after being accused of having sex with his teenage secretary is launching another political campaign. The Richmond Times-Dispatch reports that Joe Morrissey launched a bid for a Richmond-area state Senate seat Wednesday. He’s facing off against incumbent Sen. Rosalyn Dance in the Democratic primary. Morrissey was jailed four years ago after a sex scandal involving a teenager, who Morrissey later married. The couple now has three children. He denied wrongdoing but entered an Alford plea to a misdemeanor, contributing  to the delinquency of a minor, acknowledging that prosecutors had enough evidence for a conviction. Morrissey lost a 2016 campaign to be Richmond’s mayor and had his law license revoked last year.