NEWS RELEASE: Roanoke County police responded to an armed robbery of a convenience store on the 5900 block of West Main Street on 7/14/2020 at approximately 9:25pm. [This is near Wayside Park in the Dixie Caverns area.] It was reported a subject robbed the store at gunpoint and fled with an undisclosed amount of cash. The suspect vehicle involved appears to be a gray Chevy Cruze. The suspect appears to be a tall white male who made great effort in an attempt to conceal his identity. Still photo surveillance photos of the suspect and suspect vehicle are attached. Charges will include Armed Robbery, Use of Firearm in Commission of a Felony, and Brandish  Firearm. Anyone with information on this case or with knowledge of the suspect or suspect vehicle is asked to contact Roanoke County PD at 540-562-3265. 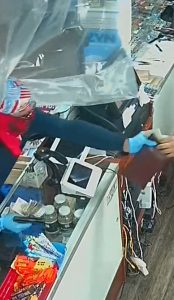 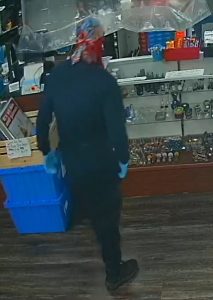