Couple charged with stealing purse at funeral, then stealing vehicle 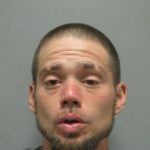 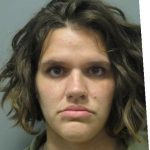 A man and woman are jailed in Maryland, charged with stealing a purse from a woman attending a funeral in Moneta — then taking off in her vehicle. Police say it happened early this month, and Kevin Salisbury of Vinton and Courtney Rucker of Fincastle were located several days later in Maryland while still operating the victim’s vehicle. Both face multiple charges in several jurisdictions.