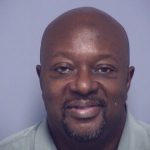 A Grand Jury in Roanoke has indicted Roanoke City Councilman Robert Jeffrey Jr. on two felony counts of obtaining money by false pretense from the Economic Development Authority for the City of Roanoke. The dates of the alleged offenses took place in November and December of 2020. Commonwealth’s Attorney Donald Caldwell said in a statement today he does not consider Jeffrey to be a flight risk and will allow Jeffrey to turn himself in for processing. Caldwell is also recommending a $15,000 personal recognizance bond for Jeffrey, who also publishes the Colors Virginia magazine. Jeffrey is already indicted on two counts  of embezzlement from the Northwest Neighborhood Environmental Organization while he had a relationship with the group.