Cline: GOP may have entered convention divided but leaves it united 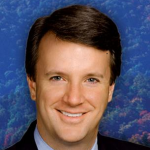 Delegate Ben Cline says the Republican party will have no problem acting a united front this fall in the 6th Congressional district, despite the strong divisions within it in recent months. Over the weekend, Cline won the Republican nomination to succeed Bob Goodlatte at a convention preceded by bitter party in-fighting. But he believes the GOP left it united, as WFIR’s Evan Jones reports.