Cafe Froth closes, one year after it almost did 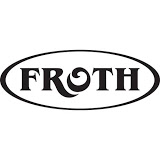 Cafe Froth on Starkey Road has gone out of business, according to a notice on the front door. First it was the Froth coffeehouse in southwest Roanoke County, and the business was on the brink of closing almost one year ago, but the former owners sold it to the manager at the time. It then became Cafe Froth with expanded food service, plus beer and wine, but as of today, the business says it is closed.