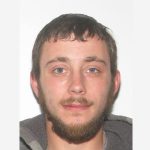 State Police say the man shot by Roanoke Police yesterday later died under hospital treatment. He is identified as 28-year-old Chase Austin of Vinton. Troopers say city police were called to the Krispy Kreme on Hershberger Road because Austin had previously been banned from the business and refused to leave. Officials say Austin pointed a handgun at the officer before he was shot. Police say in addition, Austin was wanted on several charges and was in possession of a stolen gun.

NEWS RELEASE: At the request of the Roanoke Police Department the Virginia State Police Bureau of Criminal Investigation (Salem), is investigating an officer involved shooting which occurred at approximately 12:45 p.m. October 16, 2019, at the Krispy Kreme on Hershberger Road in Roanoke City.

The Roanoke Police Department received a call for trespassing from the Krispy Kreme that a male subject, which had been previously banned from the Krispy Kreme was on the property and refused to leave.  A responding officer located the subject on the property and began to speak with him.  The subject became confrontational and produced a black semi-automatic pistol and pointed it at the officer.  The officer fired his service weapon, striking the subject who then ran from scene.  The officer pursued on foot, and the subject was then taken into custody a short distance from the scene.

Chase Andrew Austin, 28, of Vinton, Va. was transported with life-threatening injuries to Roanoke Memorial Hospital where he later died.  Austin was wanted on several charges and was in possession of a firearm stolen from a vehicle in the City of Roanoke.

A Roanoke patrol vehicle was damaged in a crash involving several other vehicles while responding to the incident.  Minor injuries were reported.

No officers were injured in the shooting.  The officer involved in the motor vehicle crash was treated for minor injuries.