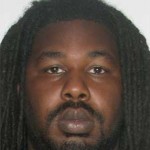 RICHMOND, Va. (AP) _ A man charged with abducting a missing University of Virginia student is in custody in Texas. Charlottesville Police Chief Timothy Longo says Jesse Leroy Matthew Jr. was arrested Wednesday on a beach in the community of Gilchrist in Galveston County, Texas. Court records show Matthew is being held in the Galveston County Jail while he awaits extradition to Virginia. Matthew has been charged with abduction with intent to defile Hannah Graham, an 18-year-old sophomore who went missing Sept. 13 in Charlottesville. Police believe the 32-year-old Matthew was the last person seen with Graham. Authorities obtained a felony warrant for his arrest late Tuesday. It’s not clear if the longtime area resident knew Graham. Longo says police are still searching for Graham.

CHARLOTTESVILLE, Va. (AP) _ Police say they have captured the man charged in the disappearance of a University of Virginia student. Charlottesville Police Chief Timothy Longo said Wednesday that 32-year-old Jesse Leroy Matthew Jr. is in custody in Galveston, Texas. Matthew is charged with abduction with intent to defile in the case of 18-year-old Hannah Graham, who has been missing since Sept. 13. Police had been looking for Matthew since Sept. 20, when he sped away from officers who had him under surveillance after he left the Charlottesville police station. He had gone there with his mother and uncle to ask for a lawyer after police searched his car and apartment and said they wanted to question him about Graham’s disappearance. Graham vanished after leaving an off-campus party alone.