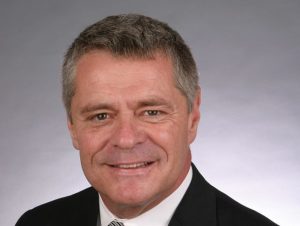 Former Roanoke Mayor David Bowers — now running again for the office — says the city squandered a major economic opportunity when it turned away a proposal to develop land across I-581 from Valley View Mall. A Charlotte developer proposed a large mixed-use development at what is known as Evans Spring, promising 1,000 permanent jobs and millions of dollars in new tax revenue for the city. But Pavilion Development withdrew the proposal earlier this year after encountering pushback from city planning staff, which cited neighbors’ concerns. Bowers promises that if elected, he will restart the process the next day, and unlike the urban redevelopment of several decades ago, this is economic development that the northwest community can share in. More from WFIR’s Evan Jones: