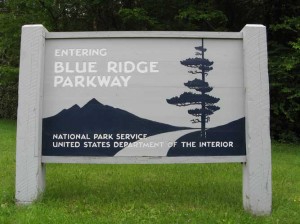 ROANOKE, Va. (AP) _ The Blue Ridge Parkway is seeing an increase in visitors. More than 1.9 million people visited the Blue Ridge Parkway in October. That’s the highest number for a single month in three years. The Roanoke Times reports that October was the eighth consecutive month that the parkway had attracted more visitors than the same month in 2013. The parkway would approach 14 million visitors for the year if that trend continues. While that’s ahead of last year’s 12.9 million, it would still be still the second-lowest total since 1981. October 2011 was the last time the parkway had more than 1.9 million visits in a month. The 469-mile scenic byway connects Shenandoah National Park in Virginia and Great Smoky Mountains National Park in North Carolina