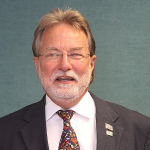 Bill Bestpitch is seeking his third consecutive term on Roanoke City Council next week — and his fourth overall. As he did four years ago, Bestpitch is running as an Independent. He joined WFIR this morning for a wide-ranging conversation on campaign topics ranging from crime to downtown parking to suggestions by another candidate that a city tax hike might be in order. Here is the full conversation: