Bedford County Police looking for suspect in string of larcenies

The Bedford County Sheriff’s Office is investigating a string of larcenies from vehicles, specifically in the areas of Huddleston, Moneta, and Goodview.  These larcenies occurred between February 18 and March 2.  A stolen credit card from one of these larcenies was used at the Starbucks on Timberlake Road.  The female who used the card at the restaurant is pictured below.

Anyone who can identify the suspect is asked to contact Investigator R. Scott Arney with the Bedford County Sheriff’s Office at 540-586-4800 x4063, or call Crime Stoppers at 1-888-798-5900. Visit the Central Virginia Crime Stoppers website at www.cvcrimestoppers.org to enter a web tip, or text “CVCS” plus your message to 274637. 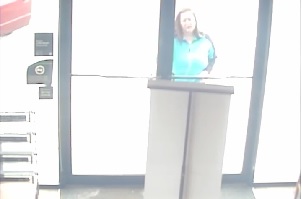 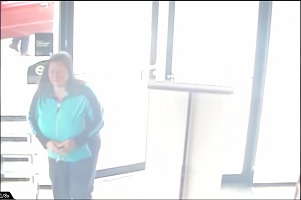