Be aware: police will soon be able to cite drivers using hand-held phones 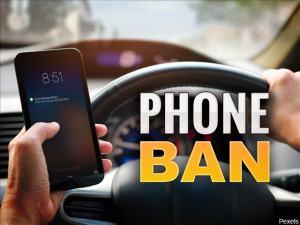 State officials and traffic safety groups are are working to get the word out: in three-and-a-half weeks, police can start citing you for using a hand-held cellphone when driving. The law actually took effect in July, but the statute does not enable police and sheriff’s deputiesto enforce it until January 1st. State officials say 120 people died last year in crashes attributed to distracted driving. More from WFIR’s Evan Jones: