Another traveler found with gun at Roanoke airport 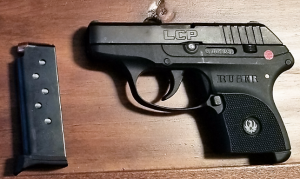 Another person has been stopped by TSA with a loaded gun at Roanoke-Blacksburg Regional Airport. It happened yesterday when a man was stopped with a.380 caliber handgun loaded with six bullets. The checkpoint X-ray monitor detected the handgun inside a carry-on bag. Airport police responded, confiscated the handgun and cited the man on a weapons charge. It marked the fourth gun that TSA officers have detected at the airport so far this year. In 2018, six guns were found at Roanoke-Blacksburg Regional Airport checkpoints.