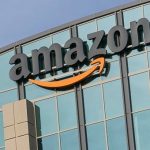 Amazon Web Services – AWS – plans to invest $35 billion by 2040 to establish multiple data center campuses across Virginia. Numerous localities in the Commonwealth are under consideration and will be decided at a later date. This announcement of planned investment will create at least 1,000 total new jobs across Virginia to support AWC cloud-based services.

(full release)  RICHMOND, VA –  Governor Glenn Youngkin today announced that Amazon Web Services (AWS), an Amazon.com, Inc. company (NASDAQ: AMZN), plans to invest $35 billion by 2040 to establish multiple data center campuses across Virginia. Numerous localities in the Commonwealth are under consideration and will be decided at a later date. These new campuses will combine expandable capacity to position AWS for long-term growth in the Commonwealth. Amazon is among the largest private-sector employers in the Commonwealth of Virginia, establishing its first AWS data centers and operations facilities in 2006 and later announcing its second headquarters (HQ2) in Arlington in 2018. This announcement of planned investment will create at least 1,000 total new jobs across Virginia.

“AWS has a significant presence in Virginia, and we are excited that AWS has chosen to continue their growth and expand their footprint across the Commonwealth,” said Governor Glenn Youngkin. “Virginia will continue to encourage the development of this new generation of data center campuses across multiple regions of the Commonwealth. These areas offer robust utility infrastructure, lower costs, great livability, and highly educated workforces and will benefit from the associated economic development and increased tax base, assisting the schools and providing services to the community.”

“With the highest concentration of tech talent in the U.S., Virginia boasts one of the largest data center workforces in the nation—an advantage that sets us apart and directly benefits an industry leader like AWS,” said Secretary of Commerce and Trade Caren Merrick. “We thank AWS for its commitment to the Commonwealth of Virginia and look forward to a continued partnership in the years to come.”

“Virginia is a world leader in innovation and cloud computing, thanks to its investment in a robust, highly-skilled workforce and emphasis on long-term public and private partnerships,” said Roger Wehner, Director of Economic Development, AWS. “Since 2006, AWS has invested more than $35 billion in Virginia, boosting the Commonwealth’s total Gross Domestic Product by nearly $7 billion and supporting thousands of jobs annually. Building on these successful beginnings, we plan to invest an additional $35 billion in the Commonwealth of Virginia by 2040 and create 1,000 jobs.”

“I am pleased the MEI Commission could collaborate with our state and private-sector partners to ensure AWS selected the Commonwealth for this important project,” said Major Employment and Investment Project Approval Commission Chair Delegate Barry Knight. “The addition of multiple data center campuses will underscore Virginia’s position as the world’s largest data center market segment, and we thank AWS for its long-term commitment to the Commonwealth.”

“As the world’s most comprehensive and broadly adopted cloud, AWS is a tremendous economic driver in Virginia that will expand its roots across multiple regions of the Commonwealth, creating new jobs and an impactful ripple effect in communities,” said Senator Janet Howell, Co-Chair of Senate Finance and Appropriations. “We are proud the company recognizes Virginia as the optimal location for a project of this caliber and that the MEI Commission was able to play a role.”

“Securing Amazon Web Services’ data center campuses expansion is a significant win for Virginia and our booming technology sector,” said Senator George Barker, Co-Chair of Senate Finance and Appropriations. “I congratulate the partners that will continue to work together on this historic project and look forward to AWS expanding operations in the Commonwealth.”

The Virginia Economic Development Partnership worked with the General Assembly’s Major Employment and Investment (MEI) Project Approval Commission to secure the project to expand data center investment to new locations across Virginia. Pending approval by the Virginia General Assembly, the Commonwealth is developing a new Mega Data Center Incentive Program, which the company will be eligible to receive. The new program includes up to a 15-year extension of Data Center Sales and Use tax exemptions on qualifying equipment and enabling software. In addition, and also subject to approval by the General Assembly, AWS will be eligible to receive an MEI custom performance grant of up to $140 million for site and infrastructure improvements, workforce development, and other project-related costs.