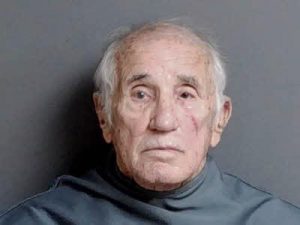 NEWS RELEASE: The Franklin County Sheriff’s Office is currently investigating the homicide of Clara R. Taylor, age 82, of Moneta, VA. On 12/17/20 shortly after 8:00 AM, the Franklin County Sheriff’s Office Emergency Communications Center received a 9-1-1 call to Mallard Cove Rd. in the Moneta community of Franklin County on a report of a homicide. A resident at the Mallard Cove Rd. address placed the call to 9-1-1. Deputies arrived on the scene to find Clara Taylor deceased in her bed from apparent stab wounds. Donald Taylor, 84, was located at the residence and admitted to killing his wife, Clara Taylor. Donald Taylor was arrested and charged with second degree murder. He is currently being held in the Franklin County jail without bond.