Sheriff’slegacy hope: he worked to protect children from on-line predators 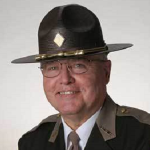 Bedford County Sheriff Mike Brown says he hopes if he is remembered for anything in his 24 years in office, it will be his efforts to find and prosecute on-line sexual predators. His office initiated the Internet Crimes Against Children task force in 1998, one of the first such specialized on-line units in the country. WFIR’s Evan Jones has more: