WFIR long-term decision on Travis & Sexton not yet determined 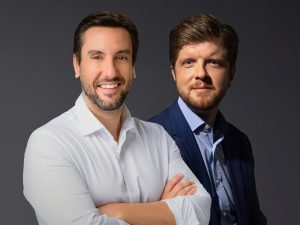 WFIR has heard from many listeners who understandably want to know what program will replace Rush Limbaugh between noon and 3:00 pm.  The Rush Limbaugh show is syndicated by Premiere Networks, and WFIR remains under contract to carry its supplied program — which has continued to be the Rush Limbaugh show, with recent rotations of hosts.

As you probably know, Premiere has announced a new program for the time period to replace the Rush Limbaugh Show, the  “The Clay Travis & Buck Sexton Show” which debuts Monday, June 21. We will carry that program in its initial stages, and like you, we will listen with interest to evaluate it.

We are not tied to our Premiere program contract long-term.  There are several excellent program options available, and we are proceeding carefully in efforts to select the program that will best serve our audience and community.

We will monitor the Clay Travis & Buck Sexton Show and several others that are available to later make a longer-term decision.