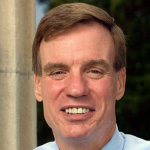 U.S. Senator Mark Warner was live on WFIR this morning – where among other things the former high-tech entrepreneur again pushed for expanding the nation’s broadband access – saying high-speed internet in this era of teleworking and remote learning makes it an infrastructure issue.  Hear an extended conversation with Senator Mark Warner – including comments about early voting and school reopenings – on the link below: