VMT has big plans with The Roanoke Story 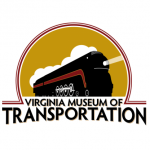 The Virginia Museum of Transportation is planning for a major project – “The Roanoke Story” will start when it was called “Big Lick” and parallel how the valley grew along with the railroads that came through the region. Bev Fitzpatrick is the museum’s executive director – he said The Roanoke Story would be a major remake of the museum. The VMT has hired a Richmond-based consultant to help plan The Roanoke Story. The project is slated to begin after the museum builds a new structure to protect the vintage Norfolk and Western locomotives housed there.