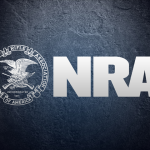 (ABC News) The National Rifle Association announced that it intends to restructure as a nonprofit based in Texas and has filed for Chapter 11 bankruptcy protections. “The move will enable long-term, sustainable growth and ensure the NRA’s continued success as the nation’s leading advocate for constitutional freedom — free from the toxic political environment of New York,” the gun advocacy group said in a statement Friday. The NRA has been incorporated in New York for approximately 150 years. The National Rifle Association is based in Fairfax, Va.

“This strategic plan represents a pathway to opportunity, growth and progress,” NRA CEO Wayne LaPierre said in a statement. “Obviously, an important part of this plan is ‘dumping New York.’ The NRA is pursuing reincorporating in a state that values the contributions of the NRA, celebrates our law-abiding members, and will join us as a partner in upholding constitutional freedom.” LaPierre dubbed the decision Friday a “transformational moment in the history of the NRA.”

The move comes after the NRA was sued by New York Attorney General Letitia James last August in a bid to dissolve the group. James accused the NRA of an array of “illegal conduct,” according to a press release at the time describing the suit, including “[the] diversion of millions of dollars away from the charitable mission of the organization for personal use by senior leadership, awarding contracts to the financial gain of close associates and family, and appearing to dole out lucrative no-show contracts to former employees in order to buy their silence and continued loyalty.” The NRA has filed a counter claim, calling the initial suit politically motivated. James on Friday responded to the bankruptcy news in a statement, saying, “The NRA’s claimed financial status has finally met its moral status: bankrupt.” “While we review this filing, we will not allow the NRA to use this or any other tactic to evade accountability and my office’s oversight,” James added.

Nonprofit gun violence protection organizations also reacted to the news on Friday. “Let’s be clear about what’s happening here: The NRA — which is losing power and hemorrhaging money — is now filing for bankruptcy in an attempt to escape legal culpability for years of financial mismanagement and illegal self dealing,” John Feinblatt, the president of Everytown for Gun Safety, said in a statement. “This desperate maneuver is a de facto admission of guilt.”

Shannon Watts, the founder of Moms Demand Action, added, “The NRA can try to run from its years of deception, decadence, and self-dealing, but it can’t hide.” “The NRA has become a front group for gun manufacturers and a personal piggy bank for its leadership — all while endangering millions of lives,” Watts said. “They’ve been out of touch with the American people for decades, and now they’re out of money, too.”