UPDATE: One of two men wanted in Roanoke shooting now in custody 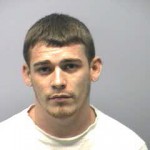 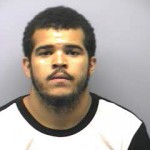 A Roanoke Police officer was at 6th and Mountain when he heard several shots being fired in the 600 block of Mountain Avenue SE.  When the officer arrived on scene, two adult white men took off running.  A short foot pursuit ensued and the officer lost sight of the individuals.  Responding officers set up a perimeter and through the information received located one of the individuals, Gregory Lee Davis, age 28, of Roanoke inside a residence in the 600 block of Mountain.  Davis had a minor wound to his leg but refused medical treatment, it is unclear if this injury was received from the gunfire exchanged.   Further investigation revealed Davis had been in a previous altercation with Jon Phillip Dumire, age 22, of Roanoke, and Ricky Allen Akers, age 26, of Roanoke.  Warrants have been obtained on both Dumire and Akers on charges of possession of a firearm by a convicted felon and brandishing a firearm.  At this time, those warrants have not been served.  Anyone with information pertaining to the exact location of either Dumire or Akers should call 911.  Anyone that provide information on how to help find either of these individuals can call the Roanoke Valley Crime Line at 540-344-8500.  All tips are anonymous.  An anonymous text message can also be sent to the number:  274637 (CRIMES).  Please start your text message with RoanokePD to ensure it is properly sent.