From Roanoke City Police: On June 13, 2014 at 1:20 a.m. Roanoke Police were dispatched to the 3500 block of Plantation Road NE, the Xpress Stop, to investigate a breaking and entering.  Upon arrival officers discovered the suspect had already left the scene.  The suspect appeared to gain entry by breaking several windows at the front of the business.  Once inside, the suspect took a money order printing machine and ran out of the store.  The suspect is described as a white male.  This offense may be related to a breaking and entering at a convenience store in the 600 block of Liberty Road NE, the Snappy’s Food Mart, back on June 6th, as well as another convenience store in Roanoke County on Starkey Road about an hour later on that same date.  Anyone with information is encouraged to call the Roanoke Valley Crime Line at 540-344-8500. 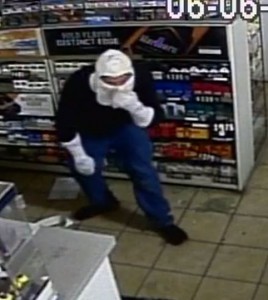 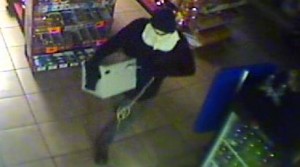