Roanoke journalist Beth Macy on Dopesick and the Hulu mini-series 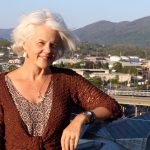 The next episode for the Hulu mini-series “Dopesick” drops today. Roanoke journalist Beth Macy wrote the best-selling book of the same name. She then spent five months as a writer and producer as part of the Dopesick Hulu production. WFIR’s Gene Marrano spoke to Beth Macy last week via Zoom about treating Opioid Use Disorder – OUD, about bringing Oxycontin maker Purdue Pharma to justice over its role in the opioid addiction crisis – and about what’s ahead. Here is a “Longer Listen”: