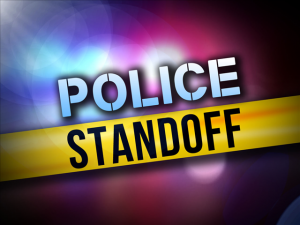 NEWS RELEASE: (Roanoke County, VA— April 4, 2021) At approximately 8:00 AM, Roanoke County Police attempted to serve an emergency custody order to a person staying in a room at the Holiday Inn Tanglewood.
The subject had been reported missing eight days ago by family members. Family members obtained an emergency custody order this morning after they determined he was at Holiday Inn Tanglewood.
When Roanoke County Police attempted to serve the order this morning, the subject began to barricade the door to prevent entry. Police immediately established communication with the individual until communication stopped shortly before 12:00 PM.

Several hotel rooms in the vicinity of the incident were evacuated as a precaution this morning, as Police had received conflicting information as to whether or not the person may have had a weapon.
After attempts to reestablish communication around noon, Roanoke County Police’s SWAT team deployed pepper gas to the room. The subject immediately surrendered peacefully into Police custody.
There were no other people in the room with the subject. Police report that no firearms were found in the room.

Due to the nature of the incident Police have only identified the subject as a Roanoke County male in his early 50s. Initial reports indicated that he may have been a Botetourt County resident, but Police have confirmed he is from Roanoke County.
This matter is currently under investigation and no further information is available at this time.