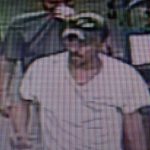 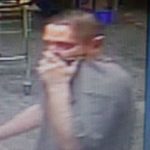 (from Roanoke PD) The Family Dollar in the 3200 block of Williamson Road NW had a breaking and entering on September 25th. Officers were called out there due to an alarm at 3:59 a.m. Once on scene they found the back door had been pried open in order to gain entry. No one was inside. The store is in the process of getting an inventory of anything stolen. Attached are pictures of the two suspects, both white males who appear to be in their mid to late 30s in age. One is wearing the darker colored shirt and the other the lighter colored one. Anyone with information is encouraged to call our tip line at 540-344-8500. Callers can choose to remain anonymous. The investigation is ongoing.