Roanoke Police hope surveillance photos lead them to two men wanted for allegedly using a cloned credit card — and are suspected of many similar offenses throughout the Roanoke Valley. The photos were taken as the men withdrew money from an ATM at the CVS on Colonial Avenue by Towers Shopping Center. 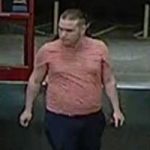 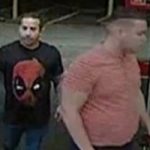 From Roanoke Police: Here are pictures of two suspects who used a cloned credit card to withdraw money from an ATM at the CVS in the 2000 block of Colonial Avenue SW on September 17th at 11:06 p.m. The victim still had the card in their possession and has since canceled it. We believe these two individuals may be behind similar offenses both here in the city and the surrounding area. If you could please help us by showing your viewers these pictures attached.