Peacemakers founder calls for Roanoke police chief to step down 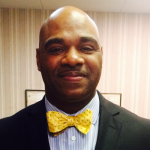 The founder of The Peacemakers in Roanoke – Shawn Hunter – has now called for the resignation of Roanoke City Police Chief Tim Jones, who said yesterday, quote, “this is not some rap video, this is where we live.” Jones was responding to the shooting outside Awful Arthur’s in downtown Roanoke this weekend, which involved an African-American gunman. Hunter says Chief Jones has stereotyped and painted with a broad brush. Hunter tells WFIR that Jones has never shown the same level of concern for shootings in predominately minority communities. Chief Jones tells WFIR his remark was not racial in nature – saying there are rappers of all colors in violent videos.